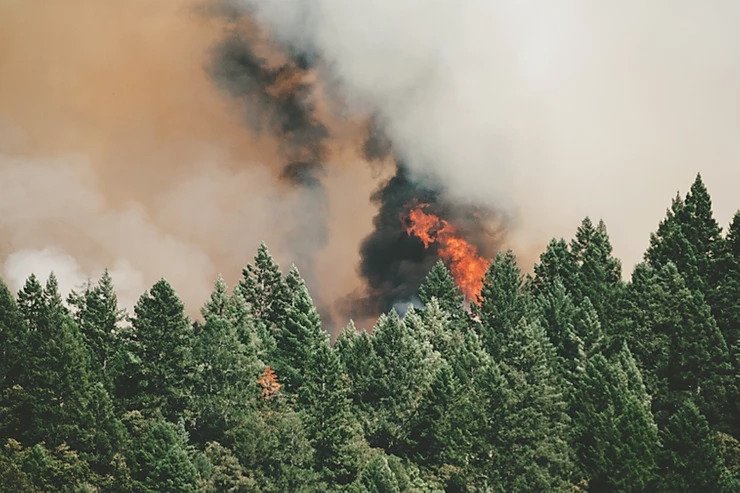 In the last few weeks, the fires raging in the Amazon have attracted media attention, celebrity input and has been bandied about at political platforms. Various theories have emerged – that the fires were started deliberately by groups with political backing, in an attempt to graze the forest for human settlement purposes. Alternatively, that the fires were not started deliberately, but rather have been a reaction to over-forestation. There are also indications that the rate and pace of fires in the Amazon are increasing annually and that fires globally, in forested areas are burning more regularly due to de-forestation and climate change.

“Thousands of fires are burning across a southern swath of the Amazon. They belch smoke and soot, blanketing those who live downwind with thick, dirty air, hurting wildlife in their path and destroying part of one the most important carbon storehouses left on the planet. About 76,000 fires were burning across the Brazilian Amazon at last official count, an increase of over 80 percent over the same time period last year, according to data from Brazil’s National Institute for Space Research (INPE). Since then, even more fires have appeared in the satellite imagery that scientists use to assess the extent and intensity of burning, and they expect the number to increase over coming months as the dry season intensifies.”[1]

The fires in the Amazon are against 2019 results indicating that concentration of carbon dioxide in the atmosphere hit 415 parts per million for the first time in 800 000 years. Scientists have warned that the world must keep CO2 emissions below 350 ppm to avoid dangerous levels of climate change – but emissions keep rising. The record high of CO2 was measured in 2019 at the Mauna Loa Observatory in Hawaii, part of the US National Oceanic and Atmospheric Administration (NOAA) global monitoring division.

Here in South Africa, our new Minister of Environmental Affairs has been met with a court application by activists against the government over its alleged poor progress in cleaning up air pollution in the Mpumalanga Highveld.Central to the application, is the former Minister’s to a 2018 request for regulations to govern the implementation of the Highveld Priority Area (HPA) air quality management plan.The application indicates that regulations are needed to curb air pollution in the highveld hotspot where emissions of toxic pollutants are sometimes up to four times higher than the World Health Organisation (WHO) guidelines. The national standards allow these emissions to exceed standards only four times a year. This is being contravened in various respects.

The issue is compounded as some of the monitoring stations in the area are not working, or working below par, so the true level of toxic pollutants is unknown. Studies commissioned by the Activists taking the Minister to court have found that the parastatal power utility – Eskom’s 12 power stations, Sasol’s Synfuels facility and the Natref refinery, all in the priority area, were responsible for the majority of the air pollution. The study indicates that in 2016 cumulative emissions from these 14 facilities created acute exposures that exceeded the WHO guidelines for daily or hourly averages for all pollutants. A review of health impacts said air pollution from burning coal had “profound effects on health”, particularly on children, the elderly, pregnant women and those suffering from asthma, heart and lung disease. Both South Africa and Brazil are developing countries and part and parcel of the BRICS set-up. Political will is lacking on the front of prevention, monitoring and mitigation of factors leading to an increase in air pollution and CO2 levels. In both instances, it is the most marginalized and vulnerable who will bear the ultimate brunt for the lack of political will and accountability to find a long term solution.